About the C.C.F & Legion of Frontiersmen

Founded in 1905 in England by Roger Pocock, the Frontiersmen have historical ties to the Scout movement, the Royal Canadian Mounted Police and various armed forces units.


​​​An expanded history of the Legion can be found at the Frontiersmen Historian website.

The Halifax unit was raised in the 1990's as the 1st Halifax/Dartmouth Branch, Corps of Imperial Frontiersmen(8th Division), the unit mainly focused on clean up of public paths and wilderness events in its early years. By 2012 the unit had changed its name to the Canadian Corps of Frontiersmen, 8th Squadron and began focusing not only on the clean up of public paths, but also the preservation of local & Frontiersmen history as well as the slow restoration of our area's near forgotten and disappearing cemeteries.
© 1997 - 2013 Canadian Corps of Frontiersmen 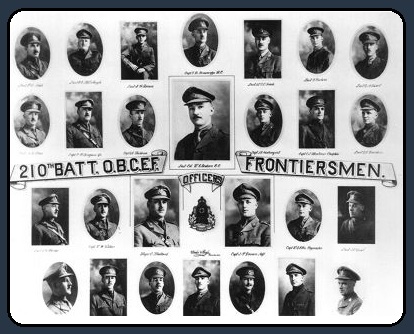